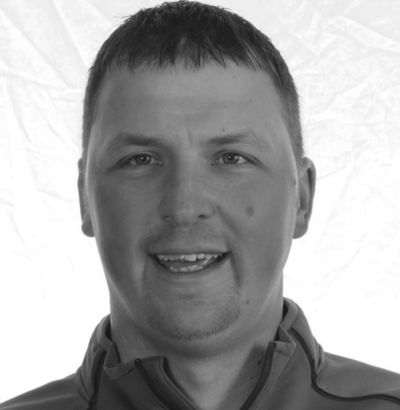 Phil grew up in northwest Ohio and got his start in the golf course maintenance industry in high school working summers at Orchard Hills Country Club.

He attended Morehead State University in Kentucky, where he received his Bachelor of Science degree in Golf Course Management. Phil interned at The Country Club in Brookline, Massachusetts.

In 2006, Phil took a job as Second Assistant Superintendent at Cherokee Country Club in Knoxville, Tennessee. He also worked at Valhalla Golf Club for two years and had the opportunity to work on the maintenance staff preparing for the 2008 Ryder Cup Matches.

Phil moved to Franklin in March of 2009 to take over as Assistant Superintendent at the Legends Golf Club. He was promoted to Head Superintendent in August of 2010.

Phil and his wife, Kristina (who is from Plainfield) live in Greenwood and love the Johnson County community. Phil is a lifelong Ohio Buckeyes fan.